Halfway to Venus (The Spectator) 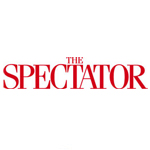 I must declare an interest at the outset. Thirty or so years ago I went out, or walked out (or whatever the phrase is), with the author, until, that is, the night when, for reasons I have never been able to establish, she hit me over the head with a stainless-steel electric kettle. You may not have read a book review starting quite like that.

At the time all she said was, ‘You were being even more irritating than usual’, so, reading her memoir, I turned nervously to the chapter entitled ‘Men, Love and Sex’ but found no reference to me or the kettle. As a friend said of his time with an eminent woman writer, ‘Chap before me, he got a short story. I didn’t even get a sonnet.’ Reading Halfway to Venus, an inspired title, I find I now sympathise with the way he said it, part miffed, part relieved.

On reflection, I think the kettling may have had something to do with the fact that I had come on a fascinating little footnote in Macaulay about her ancestors, the Catholic Earls of Perth, who, in their attempts to run Scotland as a police state for James II, in a moment of genius introduced the thumbscrew into the country. This I gleefully passed on, and passed out. If I am right about this, it has a bleak little irony.

For Sarah Anderson has written her memoir in an attempt to come to terms with the amputation, because of cancer, of her left arm above the elbow. She was a very beautiful little girl, and remained so beautiful that in later life a priest in the confessional, instead of granting her absolution, made a date with her, and, after her photograph appeared in Country Life, American soldiers wrote from Vietnam to say they had adopted her as their battalion pin-up. But at the time of the amputation she was just ten years old.