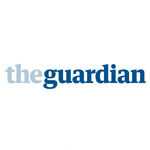 The author of this fascinating odyssey is better known as the founder of the Travel Bookshop, made famous in the film Notting Hill, than for losing an arm to cancer at the age of 10. Never mollycoddled by her family, discouraged from talking about her feelings, Sarah Anderson faced up to her situation – she detests the word disability – by denying it. Not until she was 19 did she suddenly blurt out to her parents: ‘What happened to my arm?’ Now, in this poignant confessional, the remaining walls of reserve have come crashing down.

In witty, gritty, cutglass prose, she describes the day in December 1957 when her upper-class mother, fortified by several large whiskies, told her, by making a chopping motion above her own elbow, that she was going to have her left arm amputated the next day. After Sarah’s initial hysterical, screaming response, she ‘clutched’ her suffering and bewilderment close to her, craving privacy above all else.

This is an oddly contradictory story. Even from the outset, Anderson insists that she never saw herself as a victim. She soon proved this, passing her driving test at the first attempt, going scuba-diving in the Red Sea and even mastering the art of buttering toast without it ‘scooting’ round the plate. The problem was always other people’s attitudes. Her memories of teenage parties are still ‘gut-wrenchingly vivid’. Though happy to be nicknamed the One-Armed Bandit, she ‘died with shame’ when people asked questions about her missing limb, commiserated with her or, horror of horrors, chose a menu with her in mind.